A scene is composed of two layers:

Background 2D images are rendered directly to offscreen canvas while foreground 3D content is first rendered on a webGL canvas then transferred to the offscreen 2D canvas. 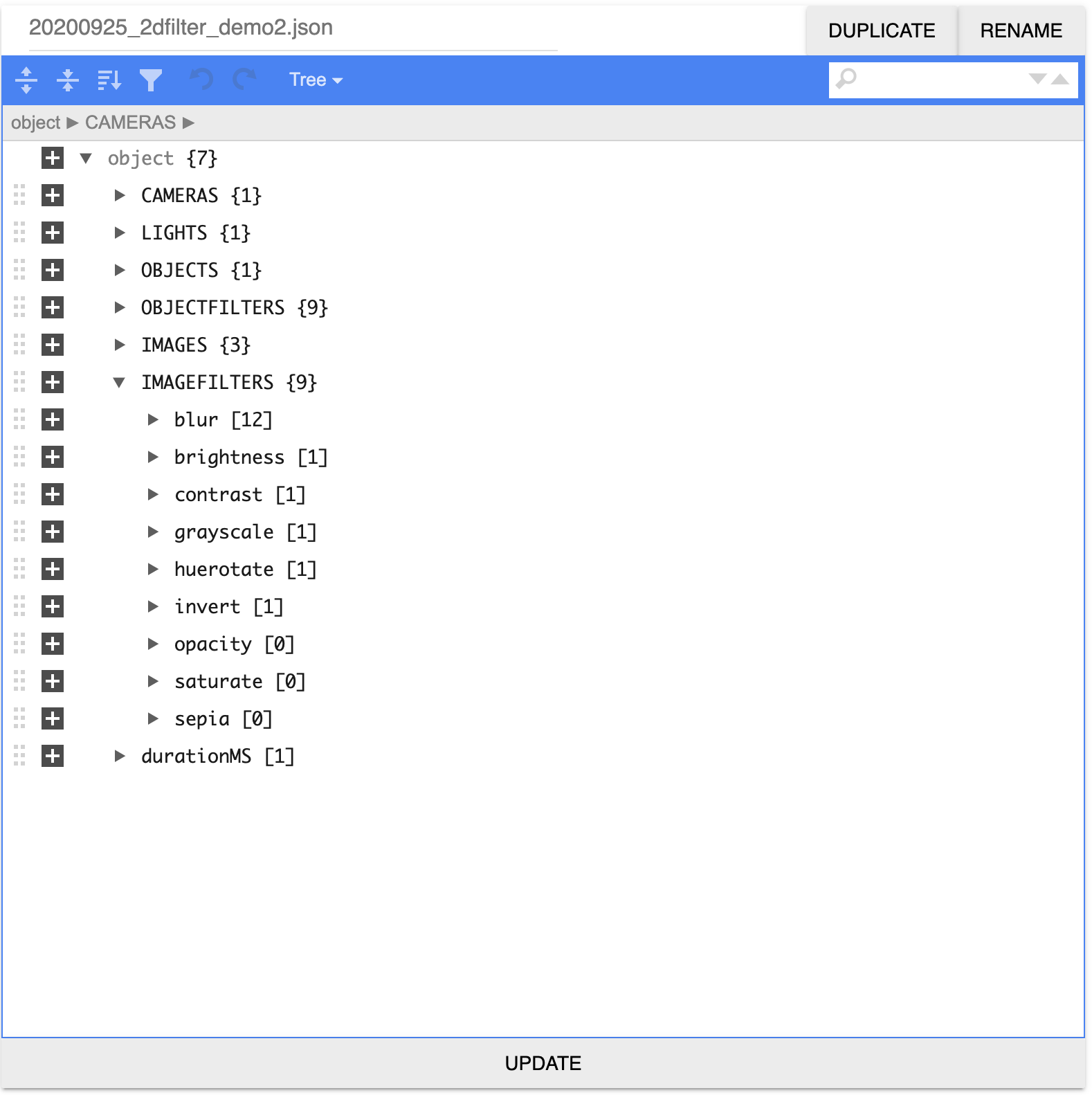 Advances in display hardware (retina display) and software (Javascript Canvas) improved the speed and precision of image display in the browser. Notably:

To ensure that an image is displayed at the same size in inches across devices, MkTurk detects the device based on a hardware fingerprint and looks up it’s display pixel density per inches to convert from screen pixels to physical inches (*requires device database). 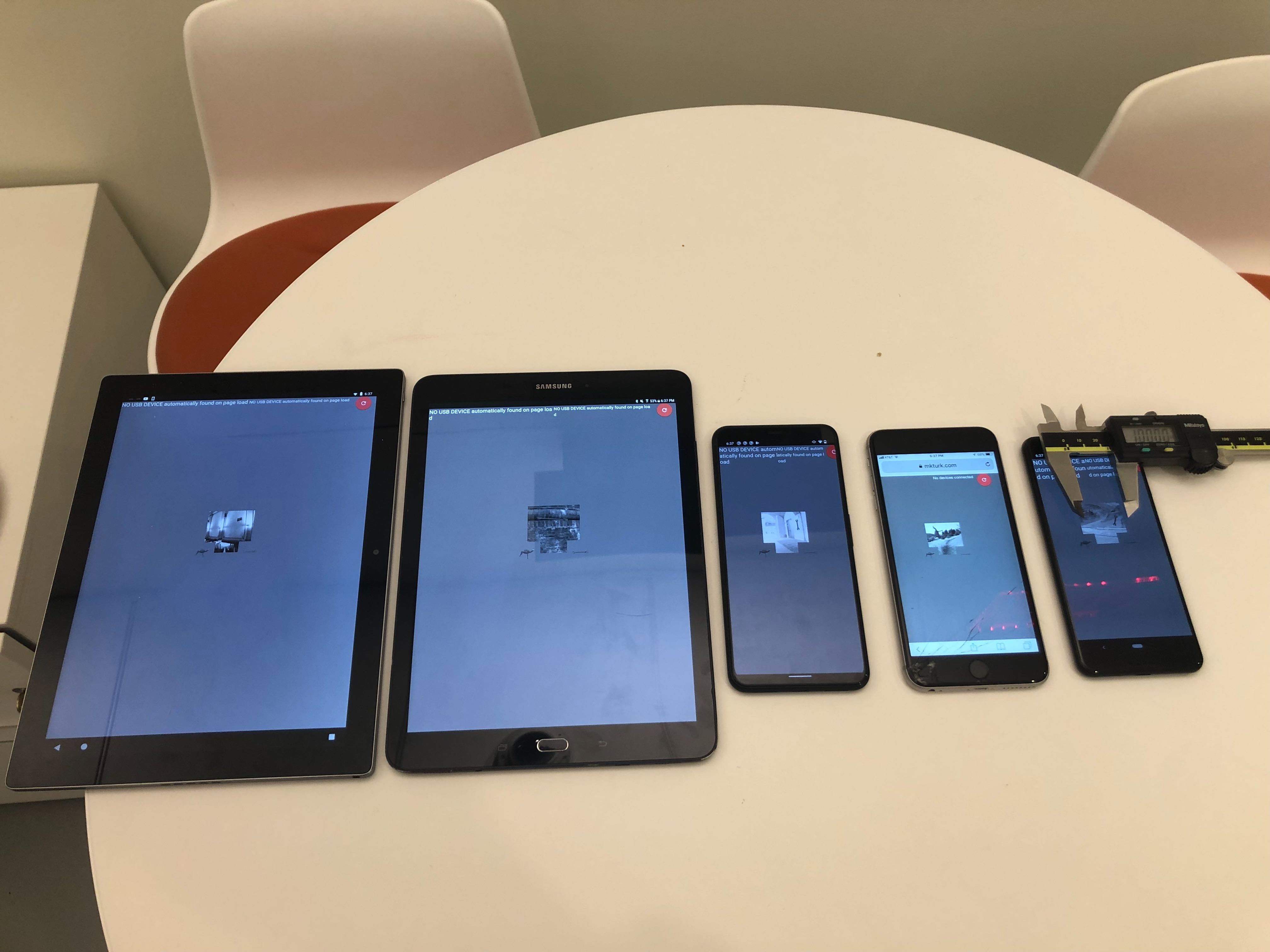 A single JSON file contains the user-controlled task settings (~50 parameters). Here the user specifies which scenes to render and whether the subject should do a fixation, stimulus-response, match-to-sample, or same-different task. 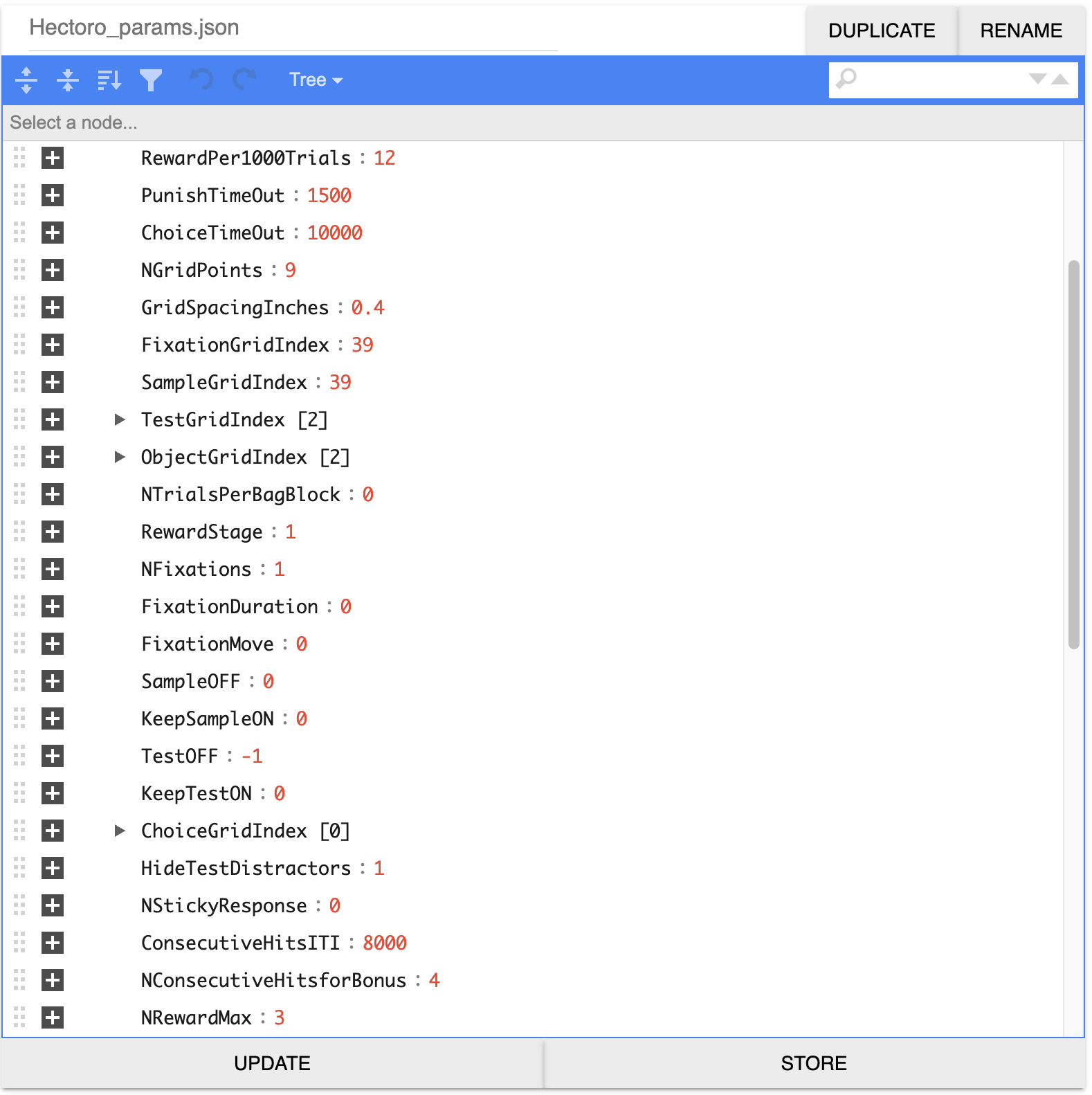 The task parameter file points to the paths for the scene rendering parameter files. The scene params file is composed of camera, lights, objects, object filters, images and image filters as a JSON object. An integrated smart JSON editor in MkFiles allows the user to add various elements (eg, lights, objects) starting from stored templates. All parameters such as lighting direction, object position and filter strength can be animated by entering an array for a movie sequence instead of a fixed scalar for each stimulus. 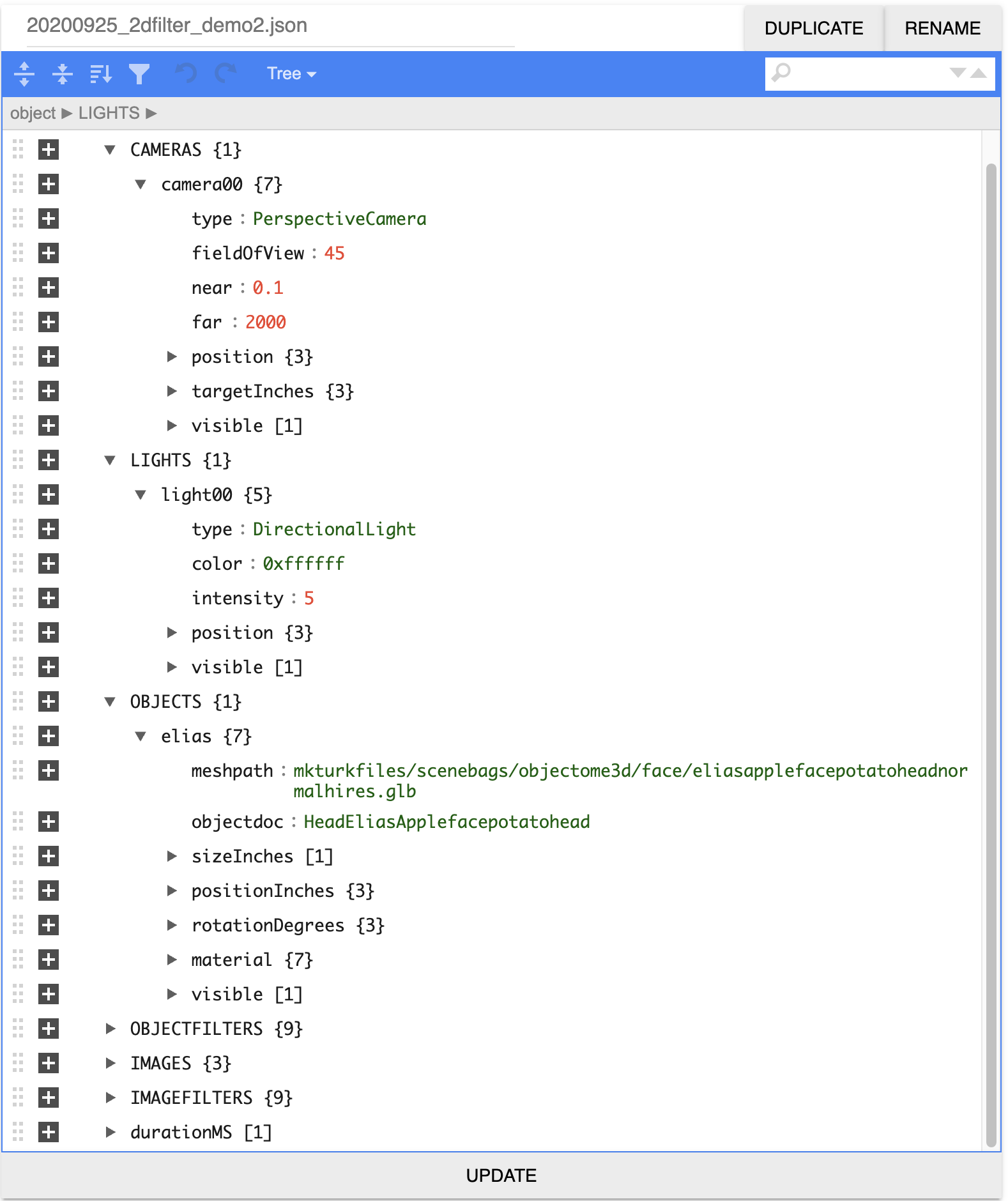 A training curriculum can be made by simply concatenating the parameter files of each task stage into a single JSON file. The automator will automatically move to the next task stage when the specified performance criteria are met (eg, 75% accuracy for a period of at least 1000 trials). 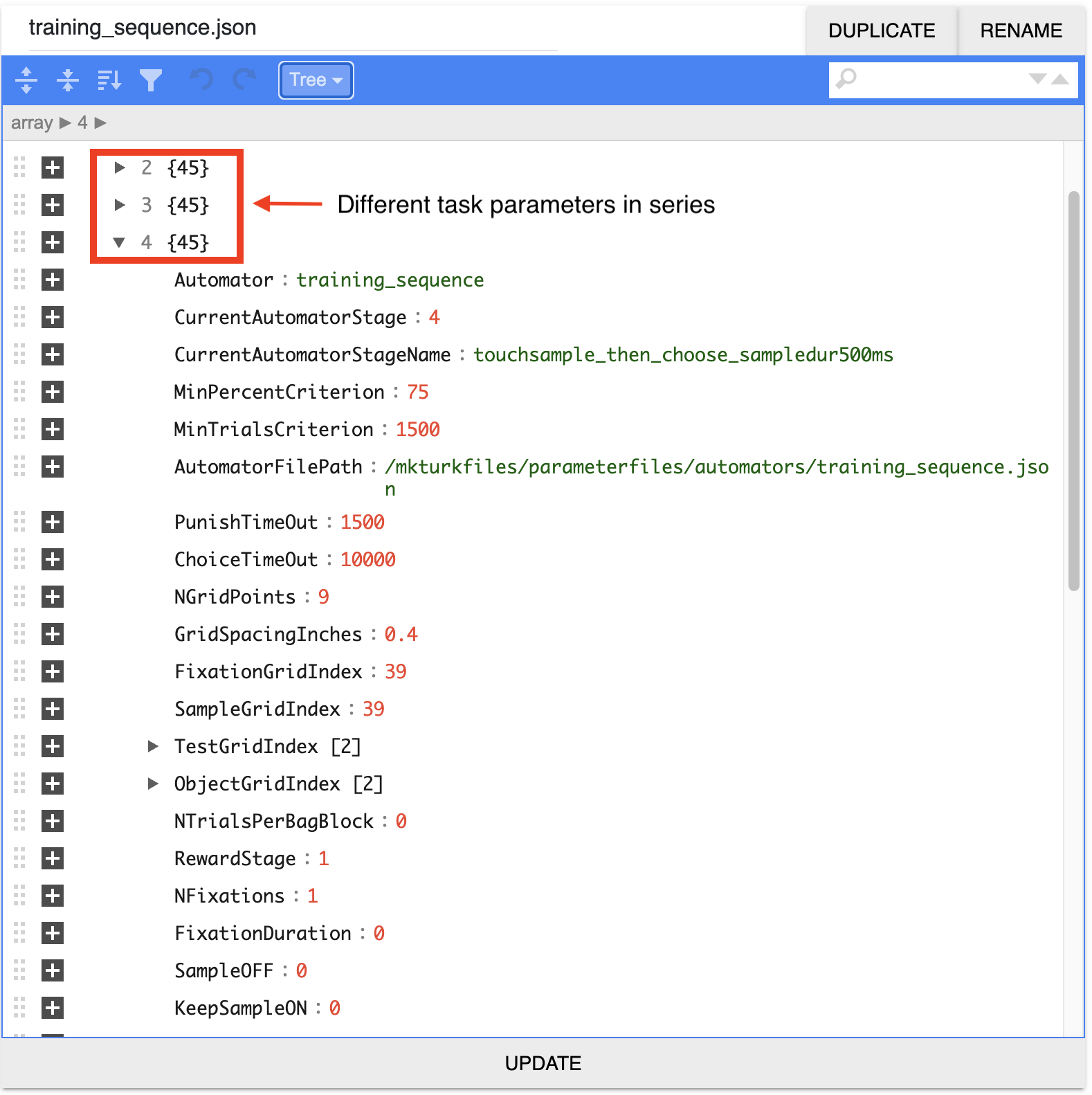 Data generated by a task in MkTurk are stored in a single human readable JSON file in cloud storage. All scene rendering parameters are stored along with task parameters and the task event data. A temporal hierarchy informs where various event streams are piped -- < 10Hz: data sampled at timescales of seconds such as trial events (user choices and their timing) are stored in the cloud JSON file as well as Cloud Firestore; >10Hz: high frequency timeseries such as eye traces are piped to BigQuery tables.

Databasing supplements Cloud Storage for ease of querying whether in Cloud Firestore, a NoSQL JSON database, or BigQuery, a SQL-esque table database.

Data Plots in Near Realtime

The subject's realtime behavior (mouse, touchpad or eye movements) can be mirrored in another browser window. This is done by transmitting screen coordinates via the realtime database, allowing for remote monitoring of the behavioral sessions of all subjects directly in liveplot. Latency between the mirror and the actual behavior is ~10 milliseconds.

Data from an eye tracker are piped over serial to the Arduino and then from the Arduino to the browser using serial over webUSB. Currently, pupil position, size, and aspect ratio can be transmitted at 90Hz.

We've designed a custom shield for the Arduino Leonardo that breaks out two software serial lines as well as four (x2) analog input lines. The analog inputs can be used to receive photodiode signals for keeping track of when frames rendered on the physical screen. The software serial ports are useful for receiving eye tracker signals or RFID signals. 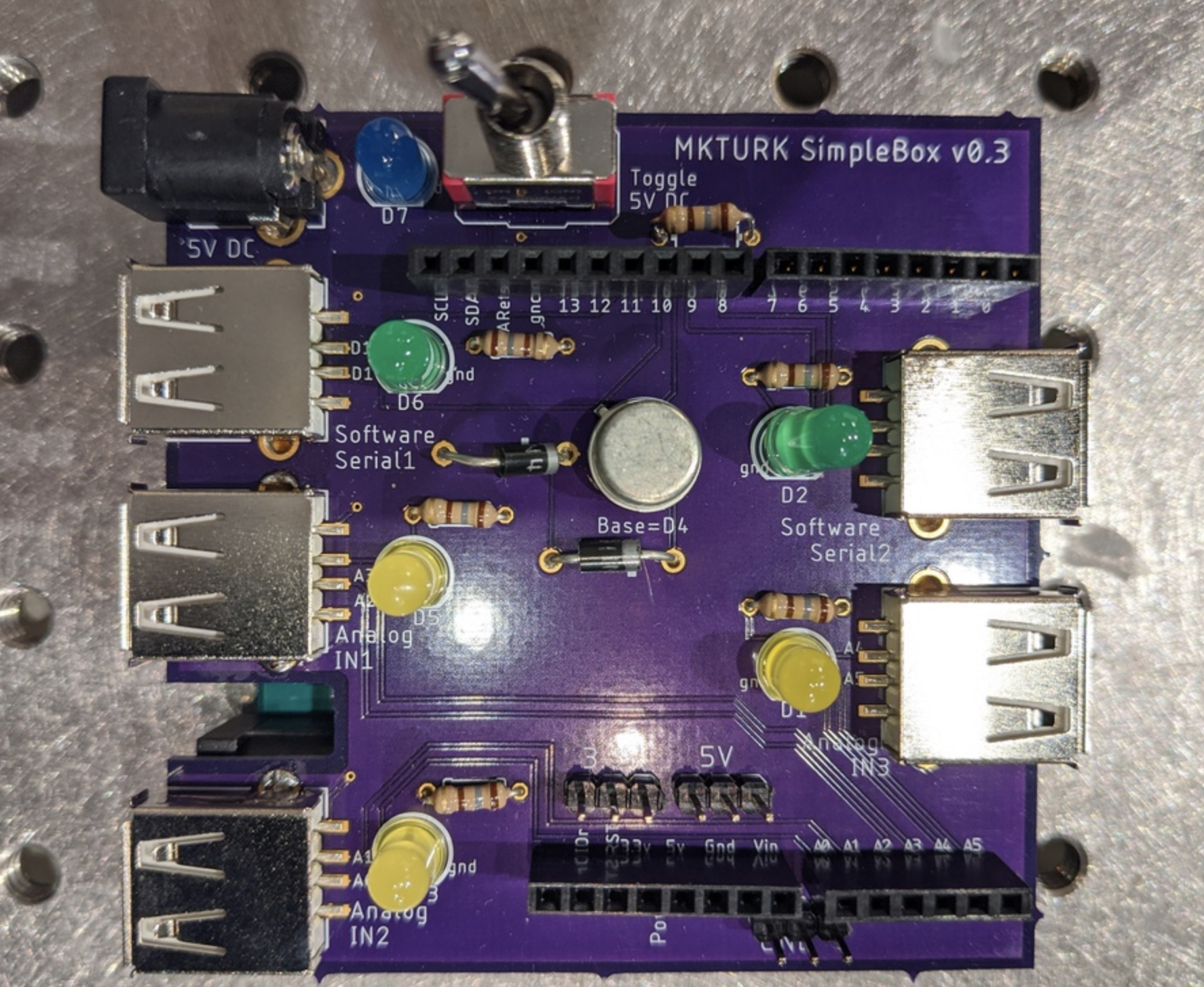 To get MkTurk, visit our Get Started page.